English and the Philippines


“GlobalEnglish Corporation…announced the results of its annual Business English Index, the only index that measures the Business English Proficiency (of non-native English speakers) in the workplace.”
"Only the Philippines attained a score above 7.0, a BEI level within range of a high proficiency that indicates an ability to take an active role in business discussions and perform relatively complex task.”

The sentences quoted above are actually excerpts of a news article that circulated a few days ago. Yes, with a total of 108,000 test takers from 76 countries, the Philippines, with a score of 7.11, topped the exam and was thus declared as the best country in terms of Business English Proficiency. (The test, I would like to clarify, was given only to non-native English speakers.)

One might wonder how the Philippines, a small Southeast Asian country often pictured as a dangerous and poor country, emerged as the champion in this field.
It is common for anybody to ask himself the following questions:  Where in the world is the Philippines? How did the Filipinos learn to speak English? Do they speak standard English? If the Filipinos speak English well, can they teach the language, too?

It is understandable why people get skeptical at times. After all, the Philippines has always been presented by foreign media as nothing but a country plagued by poverty and violent crimes, often stricken by earthquakes, typhoons, floods, volcanic eruptions, landslides and the like. Well, these disasters don’t happen every day, and it is a fact that even in most advanced countries, crimes do happen. This article then shows the other side of this beautiful nation which is often regarded as The Pearl of the Orient Seas.

The Philippines is an archipelago made up of more than 7,000 islands and it lies south of the beautiful island Okinawa. The Philippine oceans are crystal blue, the islands are captivating. The sunsets are lovely and the beauty of the tropical trees   gives relaxation to the weary traveler.  The Philippine cities, like other cities in the world, boast of skyscrapers and bustling business areas.  The Filipinos are a hospitable and inviting people who love to sing, dance and laugh. 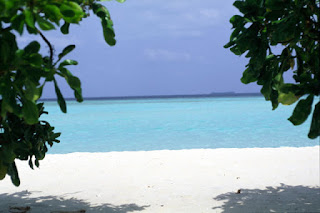 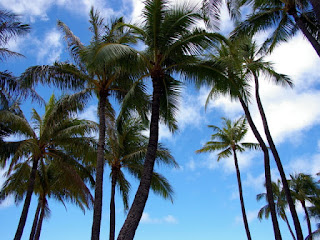 However, to understand the present, it is important to learn and analyze the series of past events.

Our history books vividly describe the events back when the Philippines was conquered by the mighty United States of America many decades ago. The Philippines was a colony of The United States of America from December 10, 1898 to July 4, 1946. In August 1901, a group of about 500 pioneer American teachers were sent by the US government to the Philippines. These men and women were later called Thomasites, and the term was from the name USS Thomas, the ship that transported those noble and selfless men and women from America to the Philippines. Hundreds of American teachers followed the Thomasites in 1902, and they were later assigned in various Philippine provinces. The Thomasites were sent to the Philippines to establish school systems, and to train Filipino teachers the fundamentals of teaching English. Those American teachers taught Filipinos not only English but also agriculture, reading, grammar, geography, mathematics and even domestic tasks such as sewing and crocheting.  Sports and many other matters were taught using English as the only medium of instruction. Of course this doesn’t mean that Filipinos back then didn’t know those subjects; the American teachers were simply teaching them the English language. Interestingly, prior to the arrival of the Thomasites, American soldiers were already teaching the Filipinos English. Needless to say, the everyday association of Filipinos with the Americans for almost half a century made them acquire the language naturally. This brief history explains why the Philippines has two official languages, Filipino (standardized Tagalog) and English. The English language and English ways thus became enmeshed in the Philippine culture.

Now, English is the language used in business, religious affairs, print and broadcast media. In highly complicated subjects such as medicine,  calculus, algebra, physics, chemistry, philosophy, psychology, sociology, biology and all branches of science,  English is the only medium of instruction used. English is the only language of our computers. English movies and English TV programs have no subtitles. Because English is part of the training courses from primary to tertiary education, most Filipinos can speak and understand spoken and written English.

It may be surprising to learn that there are many social classes or levels of people in the Philippines. The common people such as taxi drivers, sales clerks, house helpers and sidewalk vendors speak English but with strong Spanish or regional accent and pronunciation. Even beggars can understand English. In the mountainous provinces of Northern Luzon, the biggest island in the Philippines, it is common to see barefooted and half-naked children playing in the dirt, but if you ask them to give you  some directions, they will give you directions in English.  The highly trained people, like English teachers and other professionals speak English fluently with a neutral accent and pronunciation.  Affluent families, or those families who belong to the upper class, speak only English. Even their house helpers speak English fluently. Yes, English plays an important role in the everyday lives of Filipinos, and English is very much a part of every Filipino. 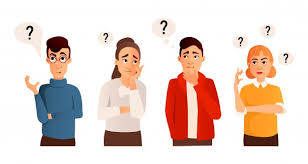