Wow! English and the Philippines 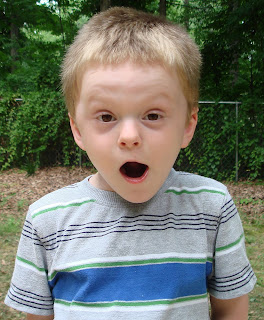 Well, if somebody told me that he caught a live fish in the smoking crater of an active volcano in the Sahara Desert,  I'd be very shocked. Interestingly, I learned from my close Japanese friend that  this is  exactly how a lot of Japanese people feel when they meet somebody who studied and learned English in the Philippines.

Unknown to millions of Japanese, English is spoken in the Philippines. It is our second official language. Some might conclude  that we speak English only the Filipino way ---a mixture of Tagalog and English, very much  like JapLish for Japanese + English or KongLish for Korean + English. Well, this is not the case here in the Philippines.

To give you an idea about how English is spoken in the Philippines, let me share some links with you. To be fair, please take time to view them.

The young Filipina student in this link was 19 years old when she became the first Filipina to win the Best Speaker Award in the International Public Speaking Competition, an annual event sponsored by the English Speaking Union held in London. She defeated around  50 contestants from 37 countries. (Wikipedia)

The young Filipina being interviewed in this video was only 18 years old when she was selected to play Kim in the musical Miss Saigon in 1989. The producers of the musical could not find an East Asian  actress/singer in the United Kingdom to play the lead role, and they had held auditions in  many countries and were on the verge of giving  up before they came to the Philippines and found this brilliant woman. The producers of the show also found some other equally talented Filipinas who were later chosen to play supporting roles.  They were chosen because of their singing prowess and of course, their English ability. How could they have given justice to the English songs in the musical if they could not speak English well?

The achievements of this woman are too many to mention, so if you want to know more about her, just type her name Lea Salonga on your search bar.

Let me begin this paragraph by saying that in most Asian countries, white-skinned women  are considered beautiful, and I agree that they are.  By WESTERN  standards, however, brown is considered beautiful and sexy, that's why in many western countries, tanning machines,  tanning lotions and sunbathing are very popular. Well, we Filipinas are brown, and this is the advantage of our representatives to  international beauty pageants. But, the skin color and the exotic beauty of our international beauty pageant contestants are not the only weapons they have. Their other effective weapon is their English fluency, their ability to answer questions in English even without an interpreter, as the following links show.

This is my favorite because this international beauty pageant was held in Tokyo Japan in 2005, and the anchorwoman with that cute voice is a Japanese! She was polite to Miss Philippines because she  said "Precious Lara Quigaman-san." The question and answer portion starts at 0:35.

And yes, even little boys in faraway countrysides sing English songs quite well. Listen to how this young boy pronounces the words, and how he conveys the emotion of the song. You can sing that way only when you  understand what you are singing, like this boy does.  This boy is amazing.

In this link, a very famous and gracious American talk show host was amazed at this young boy.

Why, even this kid who was playing in the street and suddenly wanted to sing nailed a Whitney Houston song, an English  song, of course.

Even our quiz bee programs are in English.


English is the second official language of the Philippines.  As I mentioned in my first article for this blog, English is used in business, religious affairs, print and broadcast media. In highly complicated subjects such as medicine, calculus, algebra, physics, chemistry, philosophy, psychology, sociology, biology and all branches of science, English is the  only medium of instruction used. English is the  language of our computers. English movies and English TV programs have no subtitles. See related post,


English and the Philippines.

Filipino nurses are very popular and in demand in America and in Europe, not only because of their innate compassion, but also because of their ability to communicate in English. There's no need to repeat detailed instructions to them.  This is a fact.

However, because the Philippines is a third-world country, many of our Asian neighbors are skeptical about our English ability.

In my next blog, I will briefly discuss the history of the Philippines, why English is our second official language, and why it's good to study English here.
Studying English in the Philippines--Why It's The Best For All Levels

Chips Ahoy and And Some Could-Have-Beens 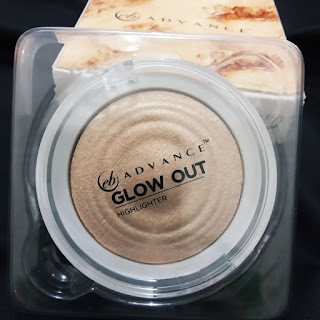 Ever Bilena Glow Out Highlighter