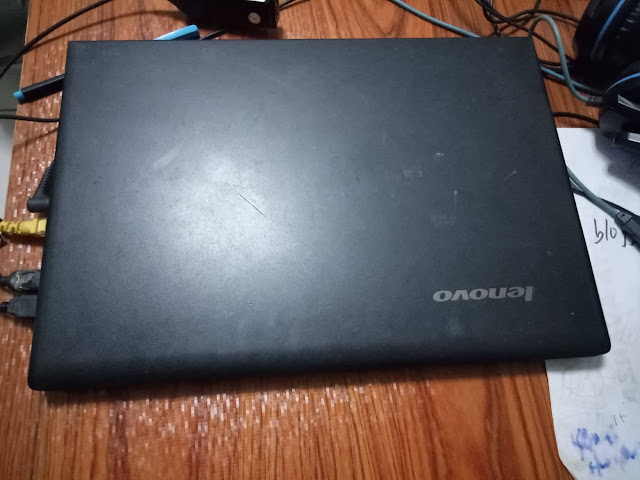 I am not a techie person, and I don’t even know the specs of this computer. But let me tell you the story of  how I came to have this computer.

In April 2018, while my boss and I were finalizing some arrangements for our company which we decided to shut down, he kindly explained to me that he could not give me a separation pay. Instead, he made me choose which of the two computers I was using I would like to have as the equivalent of my separation pay. One computer, a Lenovo, was used for my online classes. This computer which I am featuring was being used for all the files, documents, and English programs that I made. He ordered this computer online and it was delivered to our office directly from Korea in 2016. On May 28, 2018, when we officially closed the office, I went back home not only with this computer but also the  with the headset and the external webcam that I had been using with the other computer.

This computer has a very soft keyboard and honestly, there is no need for me to type hard. But, my fingers are strong and firm, so when you hear me type, you would think that I am fighting with my computer keyboard. 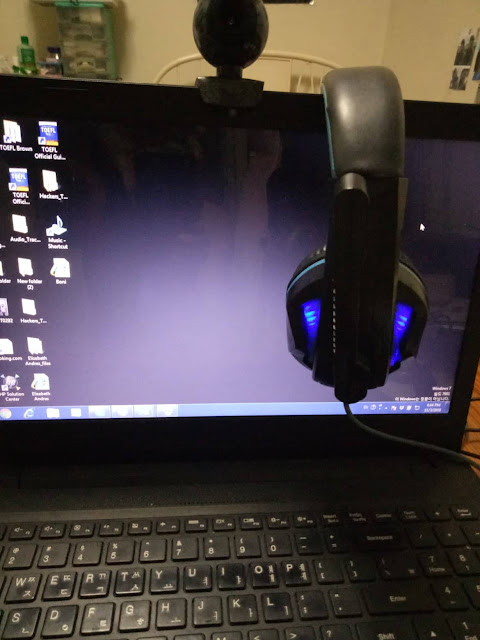 The headset was bought in September 2015. It’s Ovann, and it’s a headset designed for games. Just like me, the young teacher whom I asked to go shopping for a headset did not know the difference between a headset for games and a headset for online classes, so she just bought the first one that she saw. Well, I had no idea about headsets either, so I just happily accepted this big blue headset when she gave it to me. This headset was compatible with the other computer but it was not compatible with this computer that I am using now.  Being the technology-ignorant that I am, I honestly thought that either the computer or the headset was broken. I panicked. Thanks to Google, I found out that all I needed was a USB hub.
I have been using this headset since September 2015 and it never faltered. It’s very reliable. The sound quality is good; no static sound.

The black thing on top of the computer is actually a very nice webcam from Logitech. This external camera was given by a student’s mother. She gave it to my boss  when she and her family decided to go back to Korea, but it was just kept in a drawer for almost a year, since the computer I was using for my online classes had a built-in camera. This computer also has a built-in camera, of course, but I did not activate it. The quality of the image from the Logitech camera is much clearer than the one from the built-in camera.

Sometimes, when I see my computer and my headset, I can’t help but miss the days I was in the office. I miss the place, and I miss my boss/friend who I fought and laughed with for more than 3 years.

I've been conducting online classes and updating blogs using this computer. My fear is that, maybe one day, this computer will reach the end of its lifespan and will simply shut down. I hope that by that time, I will have made a backup copy for all the files that I have saved in it.  But just the same, when that time comes, I will be sad. So sad. This computer has become my inanimate friend. This computer, along with the headset and webcam, connects me to the time when I was working in the academy I helped set up, with the man who was once an important part of my life.

Thanks to this computer, webcam, and headset, I feel that I am still connected to that special past. 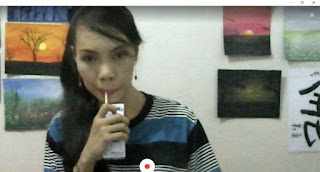