I’m sure you will get irritated while reading this very short paragraph.

I’m right. You got irritated, right? Why? It’s because I used Mr. Yamamoto five times, and it’s irritating to read the same name again and again. It just feels awkward. This is the reason why we need Pronouns. Pronouns are Noun substitutes. Now, let’s read the same paragraph, substituting Mr. Yamamoto with the pronoun He.

Mr. Yamamoto is a business person. He often travels from Japan to other countries in Asia. He meets many business people from many different countries. He likes his job. He can travel and do business at the same time.

See? Pronouns are also very important. Let me, therefore,  present Pronoun in its many forms.

There are six kinds of pronouns, and these are:


The Nominative Case is always followed by a verb. The verv may be Action Verbs or Be-Verbs.
Examples:

Action Verbs
I paint pictures of sunsets.
She drives to work every day.
He works at the bank.
We go to Boracay every summer.
You know the song lyrics.
They want some bread.

Be-Verbs
I am sleepy now.
We are going to the lake.
You were crying the other day.

The Possessive Case is always followed by a Noun. Examples:

My cat likes sleeping under my bed.
Your hair is oily.
His girlfriend is a runway model.
Her boyfriend owns a house in Hawaii.
My cat is so cute. Its tail is short and furry.

Our house is near the park.
Your car looks expensive.
Their homework is due on Monday.

The Objective Case is preceeded by either a Verb or a Preposition.
Examples:
Give me your hat.
I want to tell you that I am leaving soon.
Show him your new hairstyle.
Send her a direct message; tell her we are now waiting for her at the lobby.
This cat eats a lot. I give it food 6 times a day.

Please pass the soup to me.
I heard their conversation. They were talking about you.
I  bought this pizza for him.
I will go to the mall with her tomorrow.
My cat loves catching small balls. I will throw little ball to it.

NOTE: It is also okay to use either him or her to refer to an animal, depending on its gender. Example. My cat, Missy, loves playing with small balls. I always buy small pink balls for her.

The Possessive Pronoun falls under the Personal Pronoun Classification. It is called as such because it shows possession or ownership.

The words mine, ours, theirs, yours, hers, his, its, are always used as Pronouns. The words my, your, her, his, their are modifiers before a Noun. 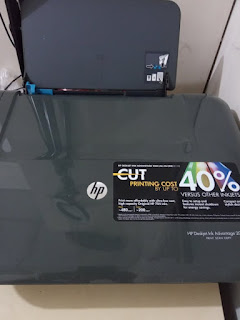