My Little Garden--The Story Behind It 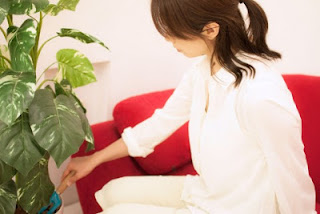 October 26 was a Friday, a holiday in the Philippines. I made up my mind to work in the garden. Well, not really a garden, just a vacant lot which is about 20 square meters where a lot of weeds grew. I even found a small anthill which I was determined to demolish, but before I could start kicking the small mound, I saw hundreds of ants scurrying everywhere, disturbed by my intrusion. Upon seeing the small red laborers, I decided to leave them alone in their kingdom, acknowledging that they had been there long before I arrived, and they have more right to stay in that vacant space than I do. 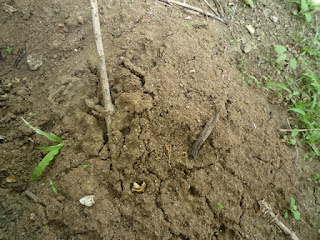 The anthill (I took the picture from a safe distance so in this picture, it doesn't look like one)

I pulled out all the tall weeds. I snipped and snapped branches here and there.  I had blisters on my palms, countless of bruises and scars and ant bites on my arms, neck and face. (I did all my best to maintain a safe distance from the ants but they found me and attacked me.) My legs and arms and face were itchy and when I scratched them, my nails were black. Yuck. When I had pulled out all the weeds, there was nothing but the anthill. Except for it, the lot was empty but in my mind,  there were rows and rows of beautiful flowering plants and vegetables. 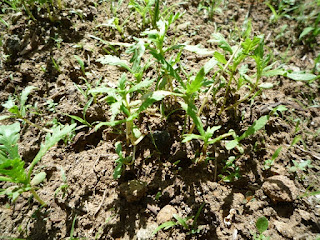 the plant whose name I forgot 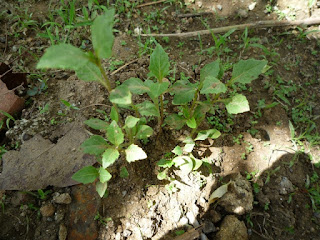 In the afternoon of that same day, I went to a seedling bank and purchased seeds of sunflower, chrysanthemum, marigold, zinnia, and...one more whose name I forgot. (Dear pretty flowering plant, this doesn't mean that I care for you less.  I promise to go to the seedling bank again to ask the staff what your name is. I'm sorry....) One student gave me a pack of okra seeds. Where he got them, I don't know. One of my helpers also planted ginger, parsley, onion bulbs, stems of sweet potatoes and two kinds of  spinach--- the water spinach, (not the kind that Popeye eats) and the kind whose stem is pinkish-red. We call it vine spinach, or Malabar spinach. That day  I started working in the garden at 10 in the morning and finished at 6:30.  By 6:30 in the evening,  there were five flowerbeds in the garden. I watered the beds and I smiled a smile of satisfaction, knowing that underneath the ground were those tiny sleeping seeds, being nurtured by the soft soil, waiting for the day when the warmth of the beautiful morning sun would wake them up from their deep slumber. 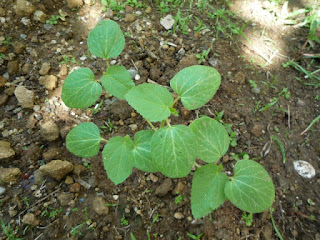 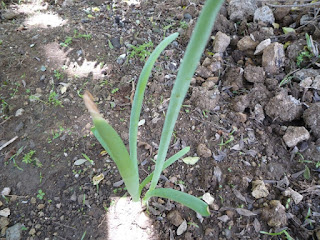 The garden has grown.  The okra seeds have sprouted, showing off their tiny green, leaves.  The ginger has grown some more leaves and so have the onions. The parsley has grown tiny, light-green leaves that look a little funny because they look...wrinkled!  The hardships were all worth it. 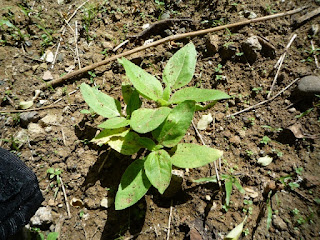 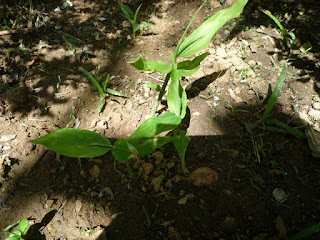 
Indeed, growing plants from seeds is very rewarding.  Taking care of a plant from its very beginning and watching it grow until it produces flowers or fruits gives any gardener a special sense of satisfaction. 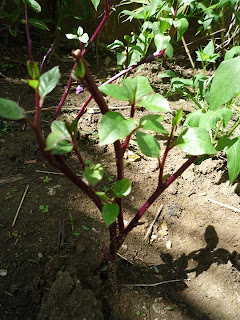 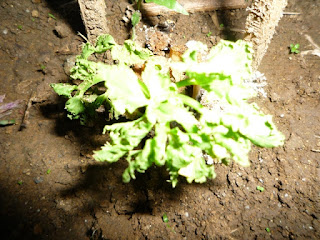 
While I was there, perspiring and toiling, I couldn't help but compare my small garden to ACE WORLD during the latter's beginning stages. I had nothing but my dreams. It was October 2010 and I  had not even a cent  in the bank but on my timetable, a boarding house which would eventually become a language school would be set up the following month, my birth month. Begin with the end in mind, they say. Now, this school, like my garden, is slowly but surely growing. 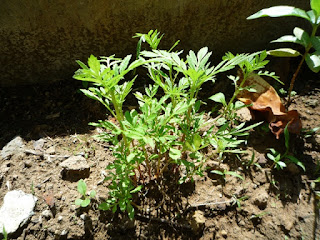 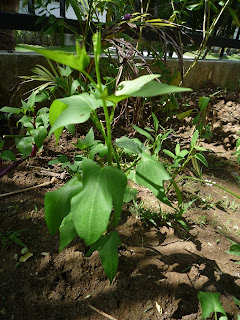 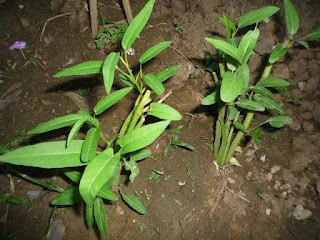 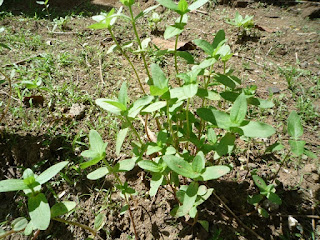 I'm not young, and I have been through a lot. I'm not old either, and I still have so much to learn. Sometimes I still get scared and worried about what the future holds for me, for I am human. But with the stories behind my garden and ACE as my inspirations, I know that I will always be fearless, brave, ready to explore and face the challenge of the unknown. 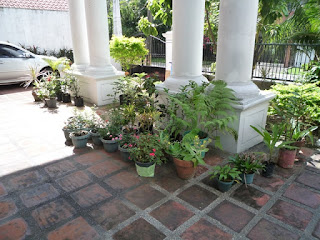 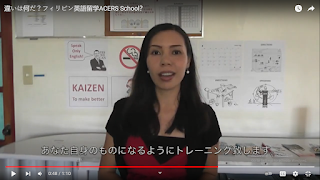