My mother turned 84 on September 12, 2020. That's her with her dog, in front of our humble abode. That's NOT her walking stick; that's her improvised rake. Hahaha

“I regret coming home.” I quipped due to the exhaustion of the 21-hour bus ride from Manila to my hometown. The then ongoing construction work of Dalton Pass made my travel time 21 hours, instead of the usual 15 hours.  My mother, who was sitting beside my bed, sighed.

I was weak from dehydration, extreme hunger, fatigue, motion sickness, and lack of sleep. My stomach did not accept anything that I would eat or drink. After a few moments I heard my mother’s footsteps going away. I did not know how many minutes passed but when I opened my eyes again, I saw her beside me with a cup in her right hand.

“Here, drink this. It will make you feel better.”

There in the cup was a lump of rice roasted until it became like a piece of charcoal, soaked in drinking water. That was my mother’s simple yet effective medicine for hyperacidity and over fatigue. I drank the hot and black liquid and lay down. I felt better somehow.

More minutes passed and I heard my mother’s voice again. “Would you like me to go to Gina’s house and buy chicken meat? I will make chicken soup for you.  You will regain your strength.”

With much effort, I checked the time. It was almost 9:00 p.m. In the countryside,  9:00 in the evening is too late to be out especially for an old woman and besides, a light rain was falling.

My mother’s kind offer instantly took me back to yesteryears, when I was a little girl and my mother was much younger.

I was seven years old going on eight. As our teacher was absent, six of my friends and I agreed to have a swim in the river. As a custom, I went home first to get my mother’s permission.  My mother sternly said NO. Asking soon turned into begging, but my mother still said no without explaining to me why. A few minutes passed and my mother fell asleep on our antique bench. I signaled all of my six friends to follow me. Soon we were all screaming and running to the mighty Chico River.

On my way back home from the river, I picked up several dry branches of pine trees that would be used for starting a fire on our earthen stove. I also picked up some conglomerate stones to be used for removing the soot on our pots that were used for cooking pork stew and mung beans. I gave them to my mother as gifts as soon as I reached home.

“So this means you went to the river even though I told you not to?”

With that, my mother’s nostrils flared. In an instant, she went away and came back with a piece of sliced bamboo that is quite pliant which we call bislak in our native tongue. My mother started hitting my legs and butt.  When the bislak got broken into two, my mother told me to stay right where I was because she would come back with a sturdier bislak. My friends who were watching from a few meters away urged me to run away but I did not. I was determined to face the consequence of my action because I believed I did nothing wrong. I stood still while receiving the whips with my clenched jaws and fists. Tears were rolling down my cheeks but I was determined not to sob nor to ask my mother to stop hitting me. I was determined not to give her the satisfaction of hearing me say, "I'm sorry, please stop hitting me now."

This and a lot more incidents remained buried in my heart until that night.

And then the realization struck me. There I was, an adult woman myself, being tended to by my much older mother who, at that time, was almost 81 years old-- wrinkled, grey-haired, and dim-eyed. In her younger years maybe she did not even stand five feet and 2 inches. And, she’s small-boned. I was looking at the same woman who gave birth to 9 children at the middle of our house without any medical help (I am Child Number 8.), the same woman who would stay awake the whole night watching over me when I got sick. “Oh God, Creator of heaven and earth, the most powerful of all, the source of life, please have mercy and do not let my child succumb to death”, she would pray in whispers while wiping my forehead with a wet towel, or while helping me eat some broth-- the same things she would do to my older brothers and sisters when they also got sick. She had lost a child many years before I was born and she understood the pain and sorrow of watching a child die in her arms, thus the fervent prayers.

The bony, wrinkled woman was the same woman who, many years back, would carry a basket of mangoes on her head while also carrying a basket of avocados in her right hand, walking on the earthen dike. She would sell the fruits to help my father make money for school expenses and other necessities. The bony, wrinkled woman sitting by my bedside was the same woman who would take charge in the house, taking care of all children on her own, when my father's job would make him away for weeks, even months... the same woman who, many years ago,  undoubtedly got up in the unholy hours of the morning to carry me and breastfeed me just like what she did to my brothers and sisters who were born ahead of me.

That was the side of the woman which I could not see because I was blinded only by my own pain and not her pain, because I was focusing only on my own struggles, ignoring her struggles.

That night I understood why my mother behaved the way she did many years back.  She had always wanted to be a teacher but her family was always on the move because of the war; they kept on moving from one part of the forest to another. In order to survive, she and her family ate wild fruits and roots of who-knows-what.

School buildings were war-torn. No doubt, the sight of burned school buildings also broke her heart. She finished only the third grade, a far cry from her goal of being a teacher. By the time the war was over, she was already a big girl (by her generation's standards) and she was expected to do household chores and earn some money for the family that, just like other families, was devastated by the war.   This is the reason why she really wanted my older brothers and sisters to go to university and be teachers but, due to life's twists and turns, she and my father could not send my older brothers and sisters to school.

Clearly and yes, sadly, my mother is a frustrated woman. Years of frustrations and hardships can change any person’s character. My mother lived at a time when she was made to obey her parents with no ifs and buts, and so my going for a swim in the river against her will was a gross disrespect of authority by her standards. We were born in different places, in different periods under different circumstances.

People have untold stories that affect their behavior in many ways. It’s funny how I realized all of these in that instant when she offered to go out in the drizzly night. In the dim light I wiped my tears away and I held her hands.

“Thanks mother, but you should not be out in the dark.  I will be okay soon. Tomorrow, I will cook chicken soup for you.” 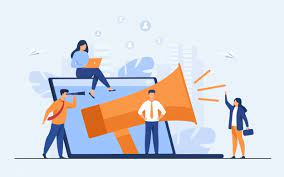